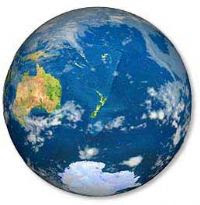 In a contemplative mood on an international flight en route to New York, I started considering the latest environmental catch-phrase of 'carbon footprint' which pervades daily conversations, not to mention the global wine industry's agenda.

There are many examples in popular culture when a tipping point has been reached, which has changed an obvious and logical idea into a broadly accepted fact that can drive the perceptions of an entire generation.

The discussion on global warming was partially re-ignited when terminology such as 'CFC' and 'ozone-layer' were coined, and through sustained consumer pressure this lead to the widespread withdrawal of this 'uncool' ozone gobbling propellant.

More than a decade later and after a million flight miles by Al Gore, it would appear that even the most hardened denialist agrees that the concept of global warming has at least some credibility, and that the wholesale dumping of secondhand carbon pollutants into our atmosphere is the major factor driving the artificial warming of our planet. So what does 'carbon footprint' mean?

Wikipedia.org has it as follows:
Carbon footprint is a measure of the amount of carbon dioxide or CO2 emitted through the combustion of fossil fuels; in the case of an organization, business or enterprise, as part of their everyday operations; in the case of an individual or household, as part of their daily lives; or a product or commodity in reaching market. In materials, is essentially a measure of embodied energy, the result of life cycle analysis. A carbon footprint is often expressed as tons of carbon dioxide or tons of carbon emitted, usually on a yearly basis. There are many versions of calculators available for carbon footprinting.This is directly related to the amount of natural resources consumed, increasingly used or referred to as a measure of environmental impact. Carbon dioxide is recognized as a greenhouse gas, of which increasing levels in the atmosphere are linked to global warming and climate change.

'Carbon footprint' will almost certainly be the term, retrospectively, that defined the tipping point which brought climate change out of the laboratory and into popular culture. History shows that popular culture is what drives voters, gets politicians interested, and leads to meaningful change. So what should the wine industry be thinking - or rather doing - about this?
Over the past few years, Wines of South Africa (WOSA) have dedicated substantial resources to the conceptualisation, distribution and promotion of the 'Diversity Is In Our Nature' message - a campaign designed to communicate the 'eco-friendly' nature of our industry on the one hand, and to promote the massive diversity of our environment on the other hand. Critics of the WOSA campaign have been quick to slam the positioning claiming that it is irrelevant to the consumer, confusing, distorted and not easily understood by the producer community - that ultimately is funding the positioning statement through statutory levies. The wine industry has supported the campaign, but it is not uncommon to hear grumblings of discontent around the winelands' watering holes.

I would contend that the WOSA positioning statement, subject to one or two more consumer-friendly tweaks and some wording adaptations, might be one of the more forward-thinking promotional strategies ever seen in the world of wine. Let me explain… The world changes quickly. The major forces of producer fragmentation and retail consolidation that are shaping the global wine industry are not mutually supportive. The supermarkets are becoming bigger and are getting more focused on addressing the large impact that they have on the environment. While nobody can deny the intelligence and logic expressed by the Chairman of TESCO in his recent address on environmental  awareness, some would question the rationale for this retail behemoth in placing such emphasis on the environment and in creating a plan to measure the TESCO 'footprint'. The future is being mapped out as TESCO has committed to pouring considerable funds into creating a usable and consumer-friendly methodology for accurately mapping and defining the complete 'carbon footprint' for each of the products on its shelf. South African producers dealing with TESCO should brace themselves for new packaging rules which will have them reflecting the carbon footprint of that particular wine on the packaging. Producers should also brace themselves for the additional cost of compliance as TESCO has never been shy of shifting costs onto its suppliers. It is not unreasonable to believe that TESCO will move quickly as they attempt to swiftly tap into the 'carbon footprint' wave of popular culture in an attempt to steal a march on their competitors, achieve first-mover status, gain much-needed positive PR and drive their ever burgeoning bottom-line (although analysts panned the stock this week for only growing sales by 4.7%). It is also reasonable to make the assumption that where TESCO and other global retailers lead, the world will follow; and that we are on the brink of a cultural paradigm shift where the common household starts assuming responsibility for climate change.
The power of the consumer, it seems,  is going to be unleashed once again to manipulate the full extent of the supply chain to become more efficient - and to reward those that are the most efficient at becoming more efficient.

Note to readers: The author acknowledges the obvious contradiction in this column in that sitting on an international flight is not improving his own personal carbon footprint. No paper was, however, wasted in the writing of this column.

On Monday: Can WOSA's biodiversity campaign play into this pop culture momentum or will it be sidelined?