Here are some in-depth comments from Phil, Zelma and myself on the 2008 vintage: 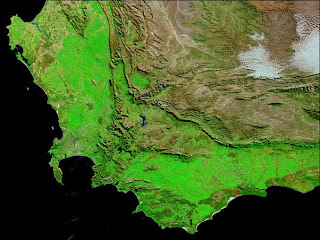 • The winter was above normal rainfall in amount and a long season with good rainfall throughout the season. We had early rains in the fall following the 2007 vintage and good steady rains through the season to result in a high annual total
• Early in the growing season we saw pressure from downy mildew and growers were kept on their toes with the continuing rains and mild weather of spring
• The summer temperatures were normal with their rhythm of warming and then cooling as the South Easterly breezes brought in the cooler temps.
• One uniqueness of the season was that the night temperatures were somewhat warmer than average and the relative humidity was higher. This combination lead to a more “continental” type of climate associated with the centre of Europe and the Bordeaux areas
• The season set up for the disease pressure mentioned above but also for a season with less extreme stresses on the vines with respect to temperature and drought.
• Ripeness did come with lower brix levels this season as a combination of the season comments above as well as some changes in management geared to the season.
• The ripening months of January and February were both about twice as rainy as recent history. The benefits were reduced stress on the vines and an evenness of ripening for the red grapes of Vilafonte. There was some disease pressure on fruit in different areas but Vilafonte was disease-free due to the location of the vineyard, our production of red fruit only and fresh breezes that prevail at the site. We saw the rains as freshening the vines and the relief of some of the stresses of late season and soils that are naturally managed toward the dry side 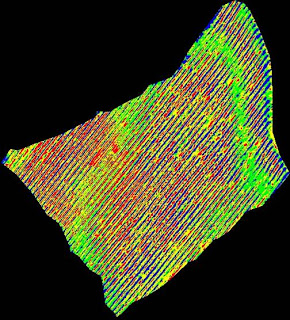 • January started mild with fewer late-January heat spikes than January of 2007
• Harvest began about 14 days later than last year – just as forecast from the flowering dates. The phenology cycle of the vines is quite regular and predictable as we build even more records with 2008 vintage being our 10th year after planting the majority of the vineyards in 1998
• Mid-February saw the beginning of the vintage harvesting Malbec and Merlot.
• We had temperature spikes on the normal rhythm of warming and then cooling as the sea breezes were pulled in. Night temperatures were warm and more humid than recent vintages. While this leads humans to consider this a warm to hot season the vines were loving the reduced stresses that temperature and relative humidity extremes can bring to the vines
• Berry size was small due in part to the added drainage we have at Vilafonte which allows us to get the free-draining excess moisture of the spring out of the soils as the vines begin to grow. Sub-surface drainage is not the usual for most South African vineyards.
• The vines woke up in the spring with some water deficits to lead to the smaller berries and the concentration of fruit characters followed on this reduced berry size. Small berries lead to intensity of fruit but of course the crop level is lower
• Ripening was moderate and on a very predictable rate that gave us time to achieve ripeness without bursts of high sugars
• Acidity was very similar to past seasons with natural acid levels that allowed for no additions at 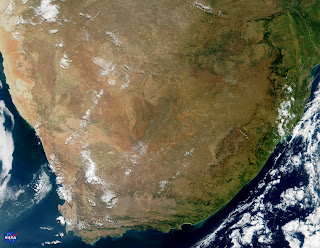 the winery and thus the natural balance of the wines is showing very nicely
• Quality: Superb; The best yet. Definitely more finesse in wines than other years. We achieved optimal tannin ripeness in all varietals that led to soft and elegant wines, but there is still the underlying intense fruit core of warmer years.
• Varietals: Malbec - extremely deep and concentrated, but still elegant in structure; Cab franc - More dark fruit than floral characters, elegant, fine and cool. Cab S - deep dark and long; Perfect structures this year. Merlot - Creamy, deep and long. Everything performed wonderfully.
Posted by Unknown at 2:48 PM