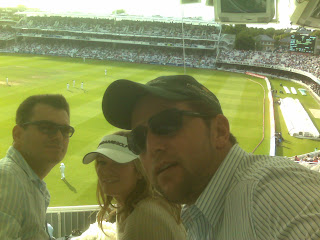 High unemployment, pared-down expense accounts and a glut of wine mean that in 2010 consumers will find lower prices and better selection

Not since the millennium folly in 1999 have I seen so much frenzy in the wine market. Back then, with stock markets booming, auction houses setting records for wines and Champagne producers warning there wouldn't be enough fizz for the celebration, producers were enthusiastic and bottles were getting pricier by the month.
What a difference a decade makes. With high unemployment, pared-down expense accounts and a glut of wine, it's the consumer's turn to make merry, with lower prices, more choice and less pretension. Those 99-point ratings don't seem quite so requisite any more to buying good wine.
So what do I see happening in 2010?

1. Prices will continue to drop across the board, from the priciest of Bordeaux and Burgundy to cult California wines that were once available only by subscription. This goes, too, for those Italian, Spanish and Chilean producers who thought that they could easily get the same kind of money those age-old French estates used to command.

2. More people will buy online. Consumers can go to sites like wine-searcher.com or vinfolio.com and compare prices for the same wine not just around the U.S., where many states now allow cross-state shipping, but in the U.K., Germany, and other countries. The spread can be amazing: a wine costing $40 in one store may be $75 in another. Wine stores will stock more inexpensive wines, which account for most of their profits.

3. Wine blogging will increase, mostly among those contending they've found spectacular bottles that will "blow your doors off" for under $15 a bottle. As with all blogging, readers should be wary of the source of such claims.

4. California, alas, will fail to back away from big, high alcohol, oaky reds and whites, because the producers believe that is the style most Americans prefer over subtlety and complexity. The problem is that cheaper wines of this style are so often dreadful, out of balance and undrinkable after one glass. California wineries talk a good game about finesse, but then they overripen their grapes and stick them in new oak for too long.

5. The tsunami of new wines from South America and Eastern Europe will ebb as the market overflows. Greek, Portuguese, and Brazilian wines have had good press in recent years, but unless they keep prices down, they won't make much headway.

6. New Zealand wineries will be in trouble. The country's recent prodigious harvests have glutted the market for their overly fruity punch-like style, and many fans want to move up in quality.

7. Champagne will be in serious trouble. It's not just that prices have gotten way out of whack, with too many selling above $100 a bottle, but other sparkling-wine producers have been canny about getting their bubblies well-positioned, well-priced and well-reviewed. Champagne is reducing output and holding back product already bottled to get some balance, but it's going to be a struggle to win revelers back from Italian prosecco, Californian sparklers and Spanish cavas. There are just too many Champagne labels out there.

8. Fine-dining restaurants will buy nominal numbers of expensive wines after trimmed expense accounts caused them to sit on their previous big capital purchases. They'll wait until guests are telling sommeliers, "Money is no object." Good luck with that. Fewer top-end restaurants will even open, and more modest new eateries will build wine lists with interesting, small labels from around the world and sell them at reasonable mark-ups.

9. More producers will switch to screwtops from cork stoppers in an effort to stem damage to the wines in the bottle from corkiness and oxidation as well as to make wine more accessible to the average consumer. The dirty secret is that most winemakers I talk to say they'd love to switch to screwcaps but fear buyers will think them cheap! Very dumb.

10. Americans will buy more wine at the $10-and-under level. The best bet for an expanding market is China, which is thirsty for good, inexpensive wine. And, like everything else, they'll soon be producing that themselves.

Nice blog. Expecting the prices of wines going down that is a great news for wine lovers. It was nice going through your blog.