What becomes a wine industry legend? My breakfast with Zelma 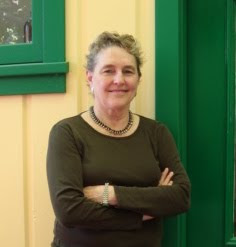 There are only a few people in the U.S. wine industry for whom, if you mentioned their first name, everyone would know exactly who you were speaking of. Zelma Long's lifetime achievements would overwhelm anyone, but for Zelma, it's just been a matter of intense curiosity, high standards and focus. I caught up with her earlier this week to chat over scones at Jimtown Cafe in Alexander Valley.

Zelma was one of the first women to receive a Masters Degree from UC Davis and went on to become head winemaker at Robert Mondavi and Simi Winery during the 1970's and 1980's. Today she is co-owner of Vilafonté Winery in South Africa and consultant to wineries in Mendocino, Washington state, Israel and France. She has always had wide-ranging interests which explains why she has been influential not only in winemaking, but also in viticulture, making 'winegrowing' a term we take for granted today. She also plunged into the business end in the 1990's, taking the reigns as CEO at Simi Winery and marketing at Chandon Estates, at the time both units of luxury firm Moet Hennessy. Zelma's curiosity has taken her to scores of wine regions in seven countries as consulting winemaker, working on a variety of grapes from cabernet in Napa Valley to Riesling in the Nahe Germany to chardonnay in Chianti.

Zelma has had a lifelong interest in other cultures beyond that of wine regions, travelling to Tibet four times in the 90's. She appreciates the arts ranging from Asian, Southwest Indian to contemporary South African genres. And she "doesn't dabble" in the arts. Her desire to learn is so keen that she is currently working on a PhD in the field of performance arts from UC Davis.

Her most recent accolades include the Culinary Institute of America's induction into the Vintners Hall of Fame earlier this year and UC Davis' American Society of Enology and Viticulture's 2009 Merit Award for excellence in education, technology, research and business. Her standard for excellence has had a wide-ranging, global impact when you consider all the people she has hired or who have worked under her over the years. Winemakers like Genevieve Janssens, head winemaker at Robert Mondavi, Peter Sisseck at Pingus - one of the most expensive wines in the world - in Ribera del Duero and Dr. Monika Christmann, head of enology at Geisenheim University in the Rheingau, now set the bar high for the next generation of international winemakers. Other renowned winemakers who have worked for Zelma include Paul Hobbs and David Ramey (most recently at Rudd Estate), both of whom worked for five years as assistant winemakers to Zelma at Simi, and Dawnine Dyer who was Chandon's winemaker for over 20 years.

One of the qualities you notice when you speak with Zelma is that she is focused on the goal in whatever she does. Potential limitations, like being one of the few women in a male-dominated wine industry in the 1970's through the 1990's, never seemed to register with her, although today she is gratified that she might have made it easier for all the women she hired subsequently. Some might think going for a PhD in performance arts without an undergraduate and masters degree in the field would be an obstacle, but not for Zelma. Why not go directly for the goal?

Zelma keeps an active schedule, travelling around the world for her consultancies and winemaking at Vilafonté. She just returned from the Rhone, where she participated in the first Grenache Symposium and is now racing off to Bordeaux where she will make a presentation on Old World and New World wines at the Institute of Masters of Wine Symposium.  Gathering perspective from her experiences and through her many activities, Zelma Long continues to lead an impactful life.