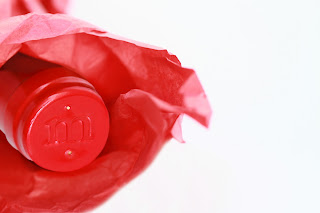 This year’s Nederburg auction, on September 28 and 29, comes at the end of a week of wineland festivities, the (more or less) biannual bash called Cape Wine. This showcase, organised by Wines of South Africa to drum up exports, brings buyers, advisers and wine writers to the Cape in their droves and gives them a feel for South African hospitality and a sense of our wine country.
This is the ideal time for the longest running of our fine-wine auctions to assume its place on centre stage. However, after the preview tasting of more than 50 wines destined for the sale (roughly one third of what is on offer), I’m not sure I understand the logic of the selection.
A panel is delegated to sift the auction wines from a mass of entries from many of the country’s leading cellars. Nederburg, which foots the bill for (or at least a chunk of the cost of) the event and needs to sell its auction range at the sale, apparently submits its wines to this process. You would expect that if there were to be a few affirmative inclusions they would be here — where the big volumes of Nederburg wines come to market.
This was, however, not the impression that emerged from the preview tasting. Most of the Nederburg wines were comfortably in the same bracket as the samples from the smaller, independent wineries. Instead, it was the very unevenness of the classes that left many tasters a little confused about how the selection had been put together.
The big parcel of the Nederburg Sauvignon Blanc — the Private Bin D234 2010 — was the best of the six Sauvignons at the tasting. It just pipped the Kleine Zalze Family Reserve 2009, and looked good in the company of benchmarks such as the Diemersdal Eight Rows. However, it was streets ahead of Almenkerk’s 2009, which showed reduced eggy notes and a sugar level (6.9g/l) vastly too sweet for the category.
With the Chardonnays, there was a similarly confusing pattern in the six samples at the preview. The Nederburg parcel D270 2009 was not the best (pole position here went to Oak Valley’s 2009), but it was decent enough. However, I’ve tasted better Chardonnays from the Nederburg cellar and many better current release Cape Chardonnays.
The Delheim Sur Lie 2009 was pretty ordinary; the Spier Private Collection 2007 palpably sweet; and the geriatric Jordan Nine Yards 2007 visibly on its deathbed.
There was an excellent Chenin — the Stellenrust "45" 2009 — and the usual brilliant array of dessert wines, unfortified and fortified. The Nederburg Edelkeur 2007, the Eminence 2001, an unbelievable 1977 Edelkeur and the extraordinary KWV Port 1929 (the highest-scoring wine at this year’s Old Mutual Trophy Wine Show) are all there with a message in the bottle for the foreign visitors at Cape Wine.
Then came the red wines, and while there were several impressive samples in the line-up, more of a mixed bag would be difficult to imagine. A really good Plaisir de Merle Malbec 2007; an evanescent but finely detailed Chateau Libertas 1968; very good Kanonkop (1994) and Thelema (2004) Cabernets; and some pretty decent Shirazes — most notably Hartenberg The Stork 2006 and La Motte 2004 — all vi ed for my attention. In the world of blends, the Vilafonte Series M 2005 and the Rupert & Rothschild Baron Edmond 2001 are both worth tracking down. But there are also several wines to avoid: the Nederburg Bin R104 Petit Verdot 2001 was flat, tired, porty and well past its sell-by date. The Perdeberg Rex Equus 2007, the Auction Crossing Shiraz Viognier 2005 and the Nederburg R115 2000 did nothing to lift the average. In short, judging from the preview, this year’s auction may appeal more to the gambler than the wine collector: shop with care or buyer beware.
Posted by Unknown at 11:01 AM