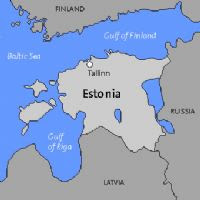 People with money gravitate towards life’s perceived pleasures like fast cars and luxury goods and we should be positioning to cater to this new demand. Perhaps it is time to purchase an Atlas to add context to the "International page" of Die Burger and allow ourselves to contemplate alternative emerging wine markets more thoroughly?
Posted by Unknown at 5:37 AM

Estonia, Latvia and Lithuania HAVE BEEN MEMBERS of NATO (and EU) since 2004.

Russia is not a motherland to any of these, rather one of the long list of occupiers throughout their
checkered history, a list inlcuding Denmark, Germany, Sweden, Poland. Sure, their cultures have been influence by all of these countries but are not derivatives of any 'motheland' cluture.

You should really check out Slovakia they love fine wine here, every second person makes their own.