China is not a contiguous wine market. Currently Hong Kong consumes slightly more wine than all of mainland China combined and has long been the driver of wine growth in China.. Hong 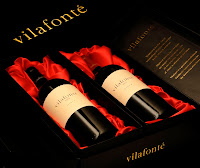 Kong is referred to as a ‘Special Administrative region’ (SAR) by Beijing and has slightly different rules to those in mainland China. But things are changing quickly and it is forecast that for the first time in 2007, mainland China will surpass Hong Kong consumption (by volume) and the theory is that things will never be the same again. Hong Kong still commands by far the largest proportion of the Chinese per capita value spend on wines as witnessed by the smaller population with a disproportionately higher per-capita income and massive ‘ex-pat’ population which kind of skews the picture. There are a lot of foreigners in Shanghai and the party scene is hot!

It would therefore seem logical to use modern westernized Hong Kong as a ‘beachhead’ for a successful Chinese market launch. This is probably not a good idea. Hong Kong and China require separate licenses and to penetrate these two markets will require separate strategies. Another up-and-coming and oft under-reported market is the gambling paradise of Macau which, by some accounts (I have not been there) already generates a larger per-capita gambling revenue than Las Vegas with all the American gaming companies represented. Again, this lucrative market demands another license – so nothing is simple. There is no reason to believe that things are going to change either as powerful distributors lobby for the right to protect their turf, a situation similar to what has been experienced in the US for decades. What is clear is that the wine market is attracting the interest of Chinese investors and as a result will start developing and growing as education and investment spur experimentation. I might add that one of the largest drivers of growth in the Chinese wine market is the informal, but substantial educational effect and cultural influence that the army of ex-pats working in China bring into this market. An ex-pat army well versed in the tradition and culture of wine is playing a significant role in ‘westernising’ the tastes and social activities of their top Chinese business counterparts providing a strong, but subtle, top-down aspirational marketing effect which should not be discounted.

The importance of holidays 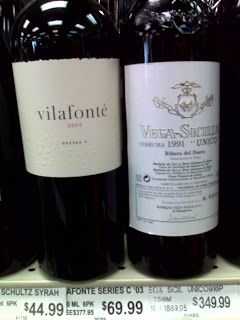 Like Christmas, Birthdays and Easter in South Africa, China too has a disproportionate focus of sales congregated around a couple of major holidays which are completely dissimilar to ours. Chinese Lunar New Year which falls in January/February and the Chinese ‘Mooncake Festival’ on the 15th day of the 8th month in the Chinese lunar calendar are by far the most significant holidays. At this time, the moon is at its fullest and brightest, marking an ideal time to celebrate the abundance of the summer's harvest – and drink lots of wine. Another difference is that a huge proportion of the purchases around these dates are slanted towards the Chinese tradition of ‘gift-giving’ which is pervasive and something that potential Asian wine marketers should bear in mind. Is their a fundamental difference in selling or marketing technique as a result of the variation in intention of the purchaser? Of course there is and it felt to me, at many times, that the wine industry is not capitalizing on this opportunity. This brings me neatly to a topic that caught my eye repeatedly. Packaging …

Every wine that comes into China requires a Chinese approved back label. This, unlike the norm in South African exporting, is not simply a small sticker at the base of a back label informing the potential imbiber of the importers details, but rather a completely unique back label with a full translation, in Mandarin, of every detail of the back label. The vast majority of wines on the shelves and in the restaurants that I visited had poor quality, cheap, wrinkled back labels which were clearly an ‘afterthought’ and were simply (and awkwardly) pasted over the existing back label to acquiesce to the onerous legislative requests of the overzealous wine authorities. It was clear to me that the whiskey and champagne producers had (again) stolen a march on the wine industry by sorting this issue out and generally had sophisticated and beautiful packaging specifically designed for the Chinese legal requirements. It should furthermore be taken into consideration that all existing marketing material, printing resources, websites and presentations have limited use in this country for the development of brands unless it is translated and, more importantly, contextualized to Chinese custom. Very few wineries had made the effort to design a Chinese back label and adapt their marketing materials. This is another small opportunity that potential SA exporters might seize to steal a small advantage on the competitors.

Overall, the Chinese market is in it’s infancy with much investment education and development ahead, but there is no reason why things could not change rapidly. There is potential here and it is really going to be interesting to watch the development of this and other Asian countries.
Posted by Unknown at 8:20 PM

I agree that the Chinese wine industry is in its infancy, and believe it will grow rapidly over the next 5 years. In March of 2008 ChinaWineTours.com will begin taking groups to China to enjoy the culture of this amazing country, and to introduce wine lovers to the wineries in China that are working hard to improve the quality of Chinese wine and make it competitive in the world wine market. I have tasted an excellent Chardonnay from Grace Vineyards and look forward to finding more gems like this.