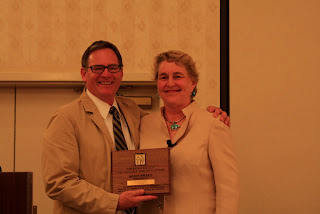 DAVIS, CA, April 2, 2009
Each year, extraordinary contributions are made to the artistry and science of enology and viticulture. The American Society for Enology and Viticulture (ASEV) announced that its two highest honors, the Merit Award will be presented to Ms. Zelma Long at the Society’s 60th Annual Meeting to be held in Napa, California, from June 23-26.

Zelma Long, a world renowned winemaking master will be honored with the ASEV’s Merit Award. Her copious accomplishments are impressive and revered throughout the industry. She was the first woman in the industry to run both the winemaking and business side of a major winery and led Simi Winery to prominence serving as its winemaker/vice president, president and finally CEO in the 1980s and 1990s. Today, she is the owner and winemaking partner with her husband, Philip Freese, of Vilafonte (Wine Estate) in South Africa as well as owner and winemaker of Long Vineyards in California’s 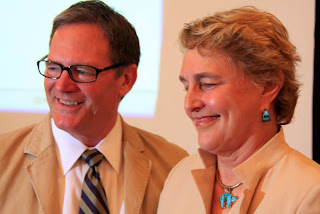 Napa Valley. Long has received national and international awards throughout her career for her leadership positions in wine industry organizations, which have included: founding president of the American Vineyard Foundation, chair of the American Viticultural and Enology Research Network (AVERN), founding president of the Alexander Valley Winegrowers, founding member of the North Coast Viticultural Research Group, ASEV Board director and member of the local Board of the International Women’s Forum. She will receive the Merit Award on Thursday, June 25.
Posted by Unknown at 1:12 PM