The buzz is building in Blighty as we inch closer to the Day 1 of the mega-tasting. London’s streets are riddled with South African’s armed to the teeth with wine – and with every intention to use it. Informal chats with some of the top UK journo’s shows that a strong media presence will be felt tomorrow and so far the top buyers from Waitrose, Sainsbury;s, Tesco’s, Morrisons, Wine Direct and the Wine Society will be descending on Earls Court to hob-nob with the who’s-who of the SA winemaking firmament. Will any of the South African journalists be present to record this auspicious moment of unity for the loyal South African public?

This year WOSA is bringing a couple of new angles to the event. About a dozen top New York sommeliers are being 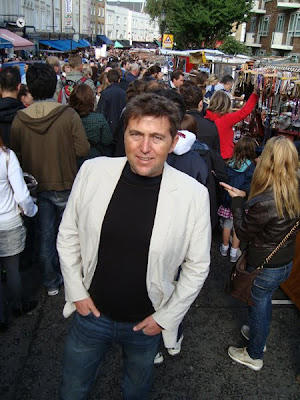 flown from the USA to attend the mega-tasting which is an incredibly efficient and intelligent use of WOSA and winery resources, effectively killing two birds with one stone. I will be dining with the sommeliers this evening and will be sure to blog about this tomorrow to hear their impressions. This global WOSA strategy is a good omen demonstrating the WOSA board’s commitment to a new USA wine strategy which is going to culminate in another mega-tasting of sorts in New York City on May 11th 2010. More USA buzz is going to be evident on Tuesday the 17th of November when the WOSA USA workshop kicks off in Stellenbosch. But I digress…

The idea that a mega-tasting hosted in London should be a purely UK-centric affair is getting old. London is the cross-roads of the wine world and WOSA’s decision to use it as an American and European platform is excellent. The effort to travel to the event from Europe is minimal and I understand that this year the event has been extensively marketed by the European offices. The proof is in the pudding, but ultimately an event of this nature is a the next best alternative to the ‘Cape Wine’ events that have been so successful in the past, but actually at a much smaller cost.

So what defines success? This is an open-ended question and one that would have a hundred reasonable answers. In my observations in many London off-con outlets, I have too–often bumped into brands that I have never (or seldom) heard of. There are too many brands that are once-off brands or buyers own brands (BOB’s) that have got no particularly identifiable source or origin. Too often these are ‘buy-one-get-one-free’ brands (BOGOF’s). These are characterless wines bearing the ‘Made in SA’ moniker, but seemingly devoid of any of the unique South African ‘Brand-DNA’. So what would define success for the mega-tasting? A successful SA category in the UK would see fewer BOB’s, fewer BOGOF’s, a lot less CRAP and much more inherent South African-ness in our brands. Success would see a tighter marketing message and a more clearly defined point of differentiation about what exactly South African-ness is. It is my hope that the unified marketing message being promoted by WOSA as the ‘BRAND DNA’ of the Wines of South Africa will be adopted and embraced.
Now, I am off (in 5 minutes) to dinner with the USA sommeliers – more from the tasting tomorrow.