The Vilafonte flag was flying high today as the New York Times Wine Club went live. The NY Times Wine Club launch has been one of the most hotly anticipated launches of 2009 and certainly one of the most high profile wine clubs to launch - ever. With a massive readership, enormous online following and a high profile readership demographic, this launch has been anticipated to create quite a buzz. 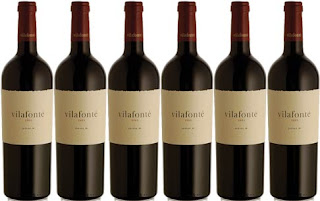 It was extremely gratifying therefore that a South African wine was included in the intial luxury 'Reserve' pack. This was none other than the Vilafonte 'Series M' which has had considerable success in Wine Spectator, the New York Times and is the only South African winery to have ever been nominated twice for the Wine Enthusiast 'New World Winery of the Year' in 2005 and in 2008. Vilafonte has also been the subject of an extensive New York Times double page article by the late great Johnny Apple - read it HERE.
Click here NEW YORK TIMES WINE CLUB
http://www.nytwineclub.com/
South Africa in general and Wines of South Africa in particular has chosen 2010 as the year in which America becomes 'Taget number one'. It is gratifying to see a number of top-class South African wines creaping up the rankings and making an impact. The South African category, will still very small, has not been driven by the huge brands and is still showing promise of emerging with some dignity - rather than chasing pricepoints like the Australian 'critter' brands. it is going to be interesting to see how this develops.
Mark your calendar for May 11th 2010 - that is the New York City launch event at which the South African wine industry is going to stand up and be counted! 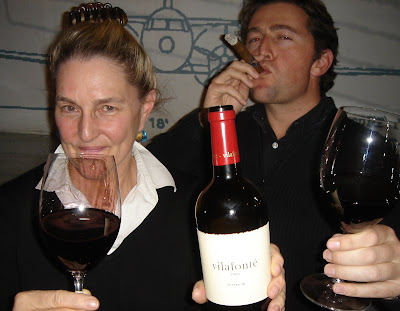